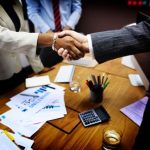 You’ve heard the term Latin America, but what does that exactly mean? Latin America is a group of countries and dependencies in the Western Hemisphere where Spanish, French and Portuguese are spoken. The term first became popular in the mid-1850s, encompassing areas from Mexico all the way down to the bottom tip of South America…. Read more »