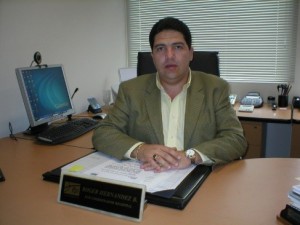 Roger assumes the position of Country Manager Costa Rica as of  January 2012. Roger brings to SMG a  diversified investigative and security background  with more then 20 year experience throughout Latin America. Roger started his professional career as a law-enforcement professional in San Jose, Costa Rica. Several years later Roger decided to pursue the private sector and held the following positions over the years.

One of his most recent accomplishments was the dismantling this past December of a Chinese ring involved in the illegal smuggling and distribution of a variety of trademarked baby products for a major international company. Roger is a Regional anti-smuggling / anti-piracy expert and has lectured frequently to local Customs and enforcement officials on the latest smuggling trends in the region.

Roger is based in San Jose, Costa Rica.