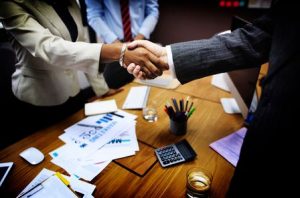 You’ve heard the term Latin America, but what does that exactly mean? Latin America is a group of countries and dependencies in the Western Hemisphere where Spanish, French and Portuguese are spoken. The term first became popular in the mid-1850s, encompassing areas from Mexico all the way down to the bottom tip of South America. With a population around 640 million people, Latin America is big and diverse.  What are some tips for doing business there?

First, look at a map. Realize that Latin America includes Mexico City as well as the Amazon Rainforest. Understand travel distances so you get an idea of how close or far things are from one another before you decide to conduct business in certain regions. Do some research to figure out what the different places are like and who lives/works there. For instance, you might discover that the country of Panama is an ideal “mid-point” of Latin America, serving as a trade port and gateway to other Latin American cities. Maybe that could become your “homebase” for operations. You’ll also want to find out about “what it’s like to do business in _____.” So, if you’re thinking of Venezuela or Colombia or wherever, research those countries to learn about their currencies, customs areas, legal frameworks, political developments, etc.

Also, realize that doing business in Latin America can be, unfortunately, a “bureaucratic nightmare.” Paperwork, meetings, and decisions take a lot of time in Latin America. The region, as a whole, tends to move slowly– it ain’t New Yawk!

Finally, become familiar with Portuguese (for Brazil) or Spanish (for the rest of Latin America) if you plan to do business there. While some people will speak English, many will not. Oh, and understand that Latin Americans tend to be very direct with their questions and they generally love to communicate– in person, preferably.

« Tips for Preventing Fraud in Your Business
What Are the Risks of Doing Business in Latin America? »