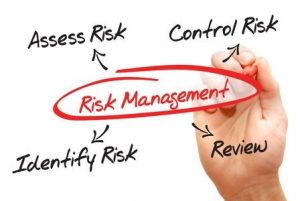 Are you looking to expand your business into a new part of the world? Setting up shop in Latin America could provide a glorious new opportunity for your business. However, before you take the leap of faith and do it, you should consider some of the risks that could potentially come along with doing business in Latin American countries. Take a look at just a few of the issues you might be forced to deal with below.

Those who live and work in America often take the stability of the American government for granted. While there are some changes that come along with the election of a new president, you don’t often see sweeping changes like the ones that take place in parts of Latin America. It’s not uncommon to see a national government like the one in Venezuela completely break down. There are also a lot of political scandals that occur in countries like Brazil and Mexico. It could leave you feeling a little uneasy as you attempt to navigate the rules and regulations in other countries.

When you attempt to establish your business in a new region, you want it to have a thriving economy that can support your company and boost your sales. But there are some Latin American countries that have high unemployment rates, which means that they might not be prime candidates to support a new business that moves into town. There are some parts of Latin America with unemployment rates as high as 14 percent. These places are likely going to prove to be risky business for your company.

Back in the 1980s, parts of Latin America experienced what was later dubbed the “Lost Decade.” A debt crisis crippled some countries and made it impossible for many businesses to exist. While there is no indication that a similar crisis will hit anytime soon, it’s something many operating in the area fear. Their worst nightmare is a repeat of the crises that shut down so many companies at the time.

At SMG Consulting, we understand the risks associated with moving a company into Latin America and can help minimize them for you. We can provide you with services like risk evaluations, anti-piracy investigations, and more. Contact us today to get started.