The Foreign Corrupt Practices Act is something that all companies have to abide by. But what exactly is it? 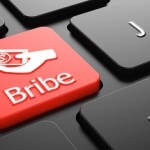 The act was passed in 1977 by the Senate on May 5th. The act itself makes it unlawful for different individuals or companies to pay off of bribe foreign government officials in order to procure business or engage in foreign corrupt practices. The act is in effect regardless if the person is on American ground or not. It is not only money that is of concern here, but anything that can be considered to have value.

Who Does this Cover?

In April of 2012 an article in The New York Times reported that Walmart de Mexico paid bribes to officials throughout Mexico so that they could obtain construction permits. There had been credible evidence that Mexican and American Laws had been broken.

2 Responses to “All about the Foreign Corrupt Practices Act”