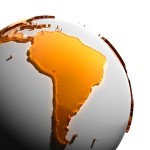 South America’s growing economy is the main reason companies seeking expansion in its region are focused on minimizing potential corruption risks pertaining specifically to doing business in Brazil. The focus is in response to anti-corruption laws, such as, the U.S. Foreign Corrupt Practices Act, and the U.K. Bribery Act. Many companies, however, are looking into areas outside of Brazil for the same abundant opportunities without the same amount of risk. More stable political and legal systems do exist in other parts of South America.

Due to complicated regulatory structures and government involvement, companies may find that they are unprepared for the kinds of corruption risks they may be privy to when conducting business in South America. Some of these risks involve various types of government inspections, tax regulations, and sales to government customers.

FDI (foreign direct investment) trends within the last few years help industries analyze the collective thinking of the Global business community. FDI reports include companies’ physical investments (buildings, factories, etc.), made by businesses in other regions. In 2010, The United Nations Economic Commission for Latin America and the Caribbean, reported only 1 percent FDI growth, globally. However, South America’s FDI growth was up 56 percent; equal to over $85 billion.

These numbers suggest that the collective global thinking of businesses is that there is plenty of opportunity throughout the entire region of South America, and not just in Brazil. But there are still many factors that influence the amount of risk involved with doing business with South American countries; government oversight and over-involvement are both keys to this issue.

Some of the corruption risks companies may need to prepare themselves for are:

Knowing and understanding where the corruptions risks may lie, and what companies can do to minimize the likeliness of such risks; helps businesses to successfully navigate their way through the challenges of doing business in these South American regions.